The orographical area of El Montsant, a massif that was declared a Natural Park in April, 2002, is composed of a large mass of conglomerates that alternate clayey and sandy soils with spectacular geo-morphological formations that stand out for their geological and landscape properties, with cliffs, canyons and ravines that add the widest possible variety to the overall relief.

The name of the massif comes from the important hermitic tradition of the Middle Ages. The number of hermits occupying the numerous caves was so large that they ended up sanctifying the name of the massif. Some of the hermit sites have been preserved, and you can still visit them on your itinerary.

... by entering the Priorat from Falset. Here you take the T-710 road that leads to Gratallops, a little town that you leave behind you, until you come to La Vilella Baixa.

LA VILELLA BAIXA, a very picturesque little town with difficult, narrow streets to climb and such unexpected corners as ¿No Passa¿ street, a clear testimony to Mediaeval times. Also worth admiring are the bridge over the River Montsant and the unbelievable height of the houses standing above the river. From La Vilella Baixa you can make numerous excursions by following the signposted paths that take you to El Peu de la Roca, Els Montalts, El Pla del Xorrac, Els Planets or La Figuera. You also gain access into the Montsant via El Grau dels Bous or El Cargol, or El Grau del Coll Empedrat. It is very interesting to follow the track that goes from La Villella Baixa to Cabacés, with its stone-paved stretches, which passes over the ancient Roman bridge of Cavaloca.

Once you are in CABACÉS, and after you have visited the parish church, which has a Gothic altarpiece, as well as the Miquel Montagud Museum (paintings), you can go as far as the Sant Roc hermitage, a church characteristically built into a cave that acts as a roof and which you come to amid the intimate atmosphere of the woods. If you go further on, you come to La Foia hermitage, right under the Montsant range in a leafy spot streaming with water. From here you can go on as far as the Montsant by crossing El Portell de La Boca de l'Infern, or else reach El Racó de l'Estrem. In the direction of La Vilella Baixa you can also visit the interesting Mas Roger (Mas de Dalt), which you come to after passing the pass of Cantacorbs and El Racó de les Pedregoses. After leaving Cabacés in the direction of La Bisbal de Falset you come to a well-preserved Mediaeval bridge. A visit to Sant Joan hermitage is also recommended.

In LA BISBAL DE FALSET you must not forget to visit the Cave-Hermitage of Santa Llucia, where a trickle of water rises that people make use of in order to bathe their eyes and cure themselves of problems with their sight. The Cave housed a military hospital during the Battle of the Ebro. You can go on excursions to La Cova Emboixa or La Cova Foradada and go and see the remains of the Lliura mills (pound-weight mills) standing beside the River Montsant, just before you enter the town.

In MARGALEF DE MONTSANT you can visit the Sant Salvador hermitage, from which you have access to the Montsant if you climb as far as La Cogolla, near which you find La Cova del Teix, El Clot del Cirer and El Piló dels Senyalets. Equally interesting is a visit to La Cova de la Taverna. From Margalef you can reach Ulldemolins by road, or else by walking through the gorge of Fragerau. Margalef also issues you with the challenge of climbing in its mountains.

When you reach ULLDEMOLINS you should visit its 16th century Renaissance church and La Mare de Déu de Loreto hermitage. You can get to the hermitages of Sant Antoni and Santa Magdalena by car or on foot, but you can only go on foot to a wonderful spot for contemplation afforded by the gorge of Fraguerau, in the Serra de Montsant Natural Park, where you find the Sant Bartomeu Romanesque hermitage. You also find multiple access routes into the Montsant by different passes (those of La Carabasseta, La Cova del Corb, El Belart, etc.); one of these, the Grau de La Mare de Déu, takes you directly to the hermitage of La Mare de Déu de Montsant, the highest church in the whole of the massif.

From Ulldemolins you go in the direction of CORNUDELLA DE MONTSANT, passing through the tiny hamlet of Albarca. In Cornudella you can visit the parish church in the Renaissance style, the work of Pere Blai, and you can also see the co-operative wine cellars, the Modernist building designed by Cèsar Martinell. From the Sant Joan del Codollar hermitage you gain access to the Montsant via the Grau de Sant Joan and you also have access via the Grau del Tomaset. The excursions that you can go on in the surroundings of the town are very varied. You take an asphalted track that leads to impregnable Siurana. SIURANA is interesting for its Romanesque church of Santa Maria and the remains of the Arab castle, in addition to its legendary cliffs which belong to the massif of the Prades mountain range. Siurana's relief characteristics have made it a climbing centre with an international reputation, with over 1,000 routes scattered around its
cliff faces.

You then head in the direction of LA MORERA DE MONTSANT. This is an old town of Saracen origin beneath the cliff faces of the Serra Major de Montsant. It still has a Romanesque entrance way to the parish church. The access routes into the Montsant from La Morera are impressive and even entertaining, such as the pass of El Grau dels Barrots; other passes are El Grau del Carabassal, El Carrasclet, L'Agnet those of L'Espinós, La Grallera, Salfores, etc. You can reach the Carthusian Monastery of Escaladei on foot along the GR 171 or else take the road that leads to the hamlet of Escaladei itself.

The hamlet of ESCALADEI, the former monastery buildings, was the headquarters of the business interests of the entailment in the time of the Carthusian monks. From here one of the brothers directed the workers, monks or otherwise, who took charge of the cellars, livestock and various cultivated crops. The Montsant range offered the monks of the Carthusian monastery an infinite variety of herbal remedies that they shared either with travellers or the people of the area that required them. The ruins of the Carthusian monastery of Escaladei are today a monument that is directed by the Department of Culture of the Generalitat of Catalonia. From the Monastery you have access into the Montsant by following the GR171 via the Grau de L'Escletxa.

Your itinerary comes to a close in LA VILELLA ALTA, a tiny village perched on top of a rise very close to the Serra de Montsant (the southern slopes). From here you have access to pass of Montalts via the Grau de La Vilella or the Grau del Pi; there are also other excursions that you can make as far as Torroja or also as far as the La Consolació hermitage in Gratallops. Before leaving, you can visit the parish church, which houses an altarpiece dating back to 1700. 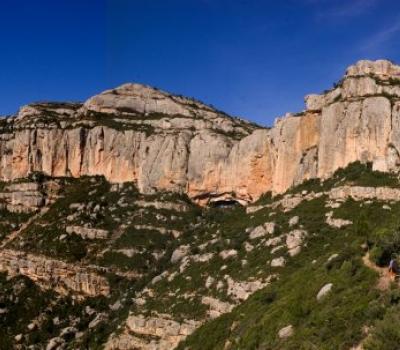 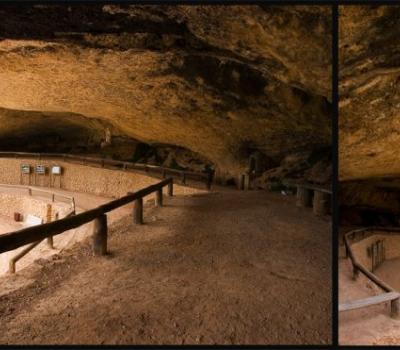 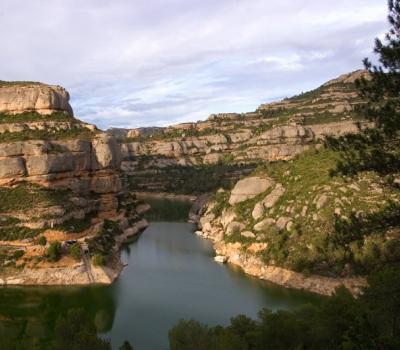 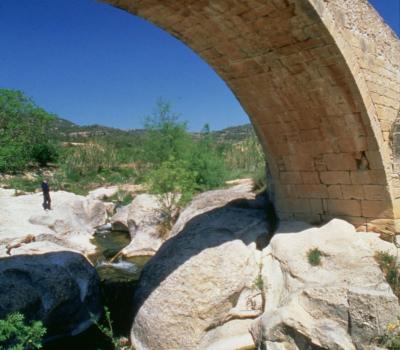