This itinerary corresponds to the south and north-east areas of the region, the wines of which are within the DO Montsant Designation of Origin. The wine production of the area is concentrated to a large degree in the co-operatives. The wines obtained are outstanding for their dense, potent character and their qualities as regards both bouquet and taste have gradually been improved as technology has progressed inside and outside the cellars.

The co-operative cellars of Cornudella and Falset are the work of the Valls architect, Cèsar Martinell, who designed a large number of cellars in Modernist style in the Tarragona area in the early 20th century. You start off your itinerary round the region along the C-242, which comes from Reus.

You stop off in CORNUDELLA DE MONTSANT, where you can see the co-operative cellars, a Modernist building designed by Cèsar Martinell. Also worth noting is the Renaissance parish church, the work of Pere Blai. Very near Cornudella you come to a small municipality that takes the name of SIURANA. Of great interest are its Romanesque church of Santa Maria and the remains of the Arab castle, in addition to its legendary cliffs, which belong to the massif of the Prades mountain range.

You then set off in the direction of FALSET along the TP-7402 road, which passes through Porrera. Falset is the district capital and here you make a stop. It is worth making a visit to the Agricultural Co-operative Cellars (Agrícola Falset-Marçà), a Modernist building designed in 1919 by Cèsar Martinell, a disciple of Gaudí. Other points of interest are the parish church, the Mediaeval castle of the Counts of Prades, today the regional museum, the Portal del Bou, the arcaded Plaça de La Quartera with the Palace of the Dukes of Medinaceli (1630), the present-day town hall, the Palace of the Counts of Azahara (18th century), the present-day county council offices, and the marvellous red rock landscape by the Sant Gregori hermitage, 2 kms away from Falset in the direction of Reus.

From Falset you make for MARÇÀ, a small town lying on flat terrain amid fertile fields. Its Agricultural Co-operative has very up-to-date technology, and it brings in the olive crop from several towns. Also of interest are the Baroque church of Sant Joan,  the Lula Pérez-MarçàGiné Sculpture Museum (Museu Lula Pérez-MarçàGiné), and the Interpretation and reproduction centre of the Hermann tortoise on Miloquera hill, from where you have spectacular views on the surrounding area.

The next little town that you come to is CAPÇANES, surrounded by vineyards on the one hand, and the thick forests of the nearby hillsides, on the other. Its Cooperativa Agrícola cellars are a model of good management and co-ordination - characteristics that meant that it was equipped to undertake the complex process of making Kosher wine (for the consumption of Jewish communities). Capçanes was the birthplace of "Carrasclet", the famous guerrilla and patriot who fought on behalf of the House of Austria, whose statue presides over the way into the town. Enjoy La Font de Santa Rosalia with its leisure area. Nearby there exist excepcional cave paintings (guided tours).

ELS GUIAMETS. This town stands amid lovely countryside marked off by the mountain ranges of Llaberia and El Montalt. It has a reservoir with a capacity of 10,500,000 m3 where you can go fishing, as well as spend a nice day's relaxation.

EL MOLAR still has Celtiberian and Roman archaeological remains in the district of Mount Calvari and the old well, where you will see a field enclosure with urns (numbering 172 urns). Like some other towns in the area, this was a town famous for its mining activities, with digging for lead, baryta, manganese and the popular clay or earth that served in times past to remove grease stains. The "Mina Loussa i Linda Mariquita" interpretation centre tells the story of a field hospital and a school that were housed there during the Spanish Civil War.

LA FIGUERA will surprise you with its extraordinary view over the whole region and surrounding areas, which you catch a glimpse of from different lookout points like that of the Balcó del Priorat (the pass of Els Solans), that of El Guixar or that of Sant Pau hermitage. Nor should we forget to recommend the typical dish of the town: crestes de la Figuera. 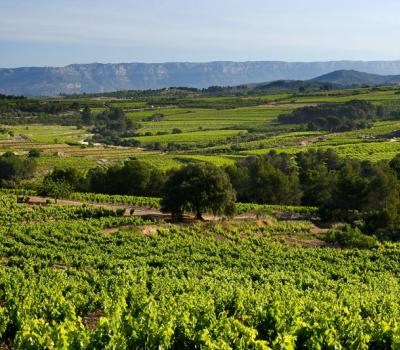 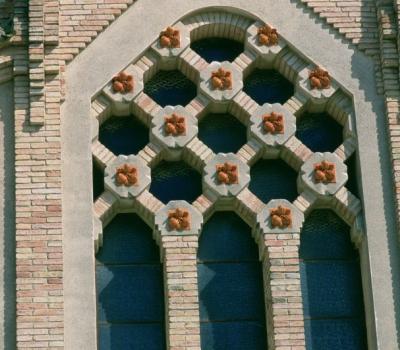 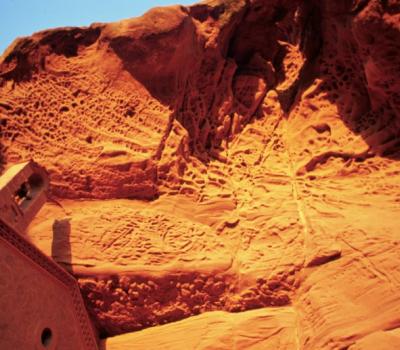 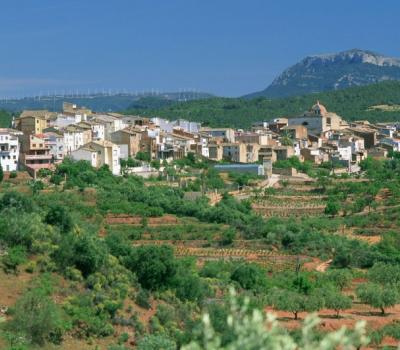